Complex of the former brewery in Moszczany

Complex of the former brewery in Moszczany Super User 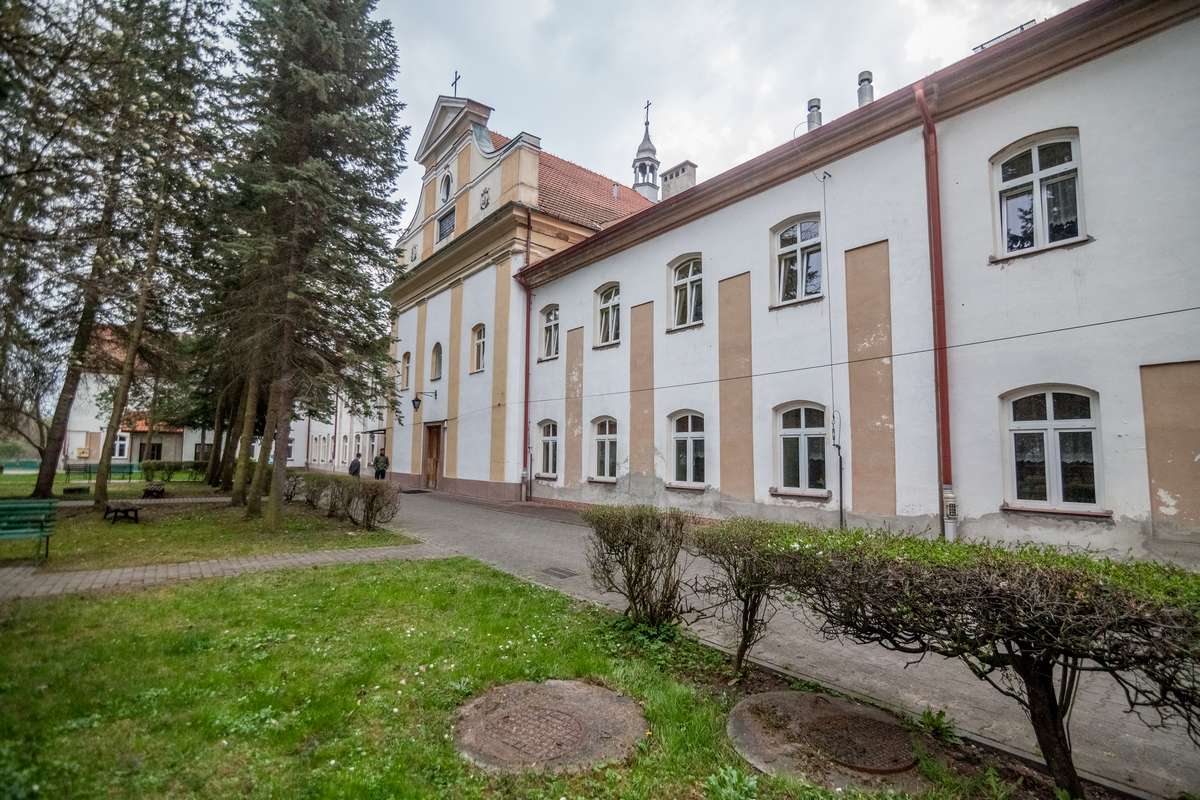 The first buildings of this complex were built in 1762 by Prince August Czartoryski and were originally intended to become a brewery with a distillery. In the early 18th century, there were manor farms in Łazy and Moszczany, next to which a brewery was built in the second half of the 18th century. Designed by architect Józef Degen, the brewery functioned until 1820 and brought in considerable profits. The building was remodelled in the years 1821-1867 through the efforts of Princess Maria Wirtemberska, to house, among others, a hospital, a school, a children’s shelter, and an orphanage, separated from the rest of the complex by a chapel situated in its west wing. The buildings have survived to this day. In the south-west part, a small granary was preserved, in the south part a shed, and in the west part a pond and remnants of old trees. The garden was founded in the first half of the 19th century. A historic fence with an entrance gate, which dates back to the first half of the 19th century, surrounds the complex.

On 5 July 1820, Princess Maria Czartoryska Wirtemberska donated the complex to the Daughters of Charity for a hospital and an orphanage. The foundation was named the Institute of the Daughters of Charity. A chapel was built in its centre in 1820-1822. In 1822, it was consecrated by the Bishop of Gniezno, Ignacy Nałęcz Raczyński, and dedicated to St. Vincent de Paul. The founding act was signed by Emperor Francis I on 7 October 1830 in Lwow as a primary founding act. Since the property of the Institute did not produce sufficient income for its own maintenance, based on the authorisation by Princess Maria Wirtemberska of 20 September 1852, the sisters sold the farm in Moszczony, the village of Łazy and the forest in Surmaczówka to count Stefan Zamojski, leaving only a portion of the assets and land to maintain the hospital and the orphanage.

During the First World War, the Institute was in the way of marching troops: first Austrian, then Russian. The building was turned into a military hospital, where about 10 thousand wounded soldiers were treated. Subsequently it became a hospital for 500 typhoid and cholera patients. The war left a strong mark on the buildings that had to be restored and refurnished to meet contemporary health requirements. Even so, the activity was continued. In 1924, a school was created by the Institute for both the orphans and the children of the farm workers from Moszczany.

In October 1939, the Germans forced the sisters to leave. It was only in 1941 that they were able to return to their heavily damaged and plundered house, with the chapel turned into an entertainment room. All religious images had been destroyed by scraping off the figures of the saints. At the end of World War II, a total renovation took place. The building currently serves as a nursing home. 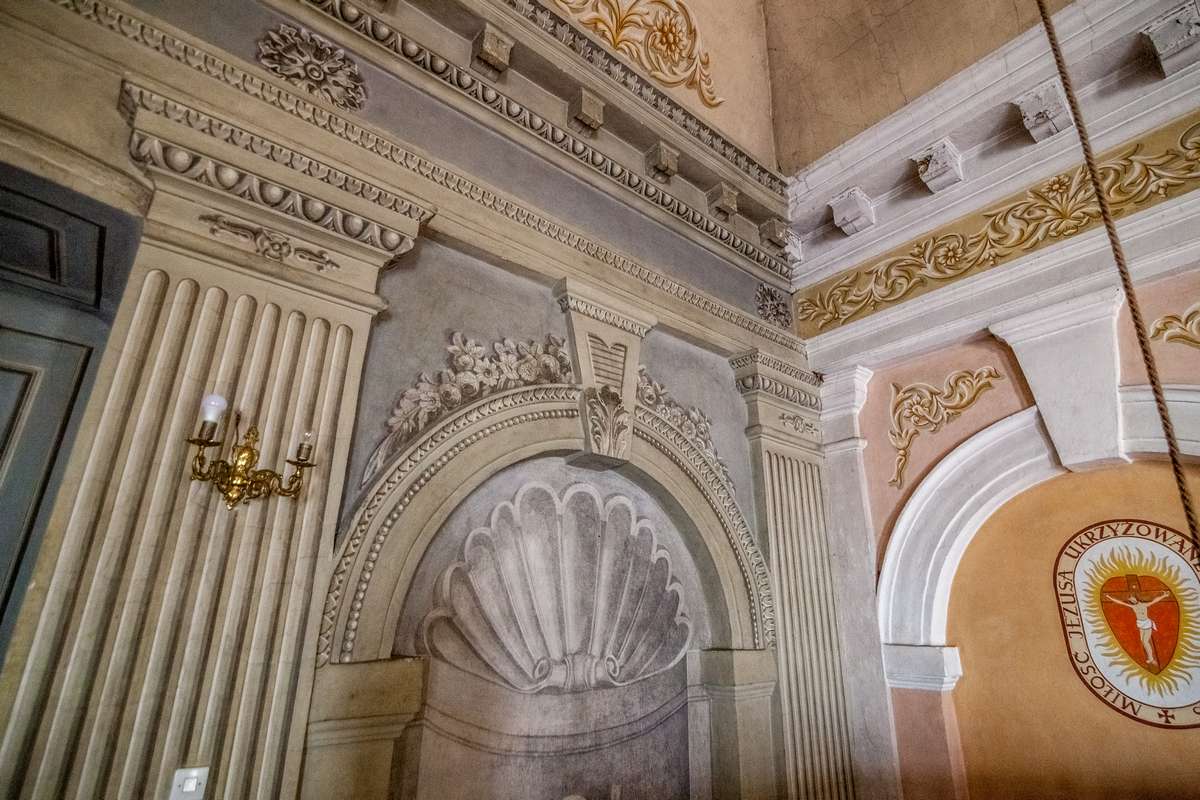 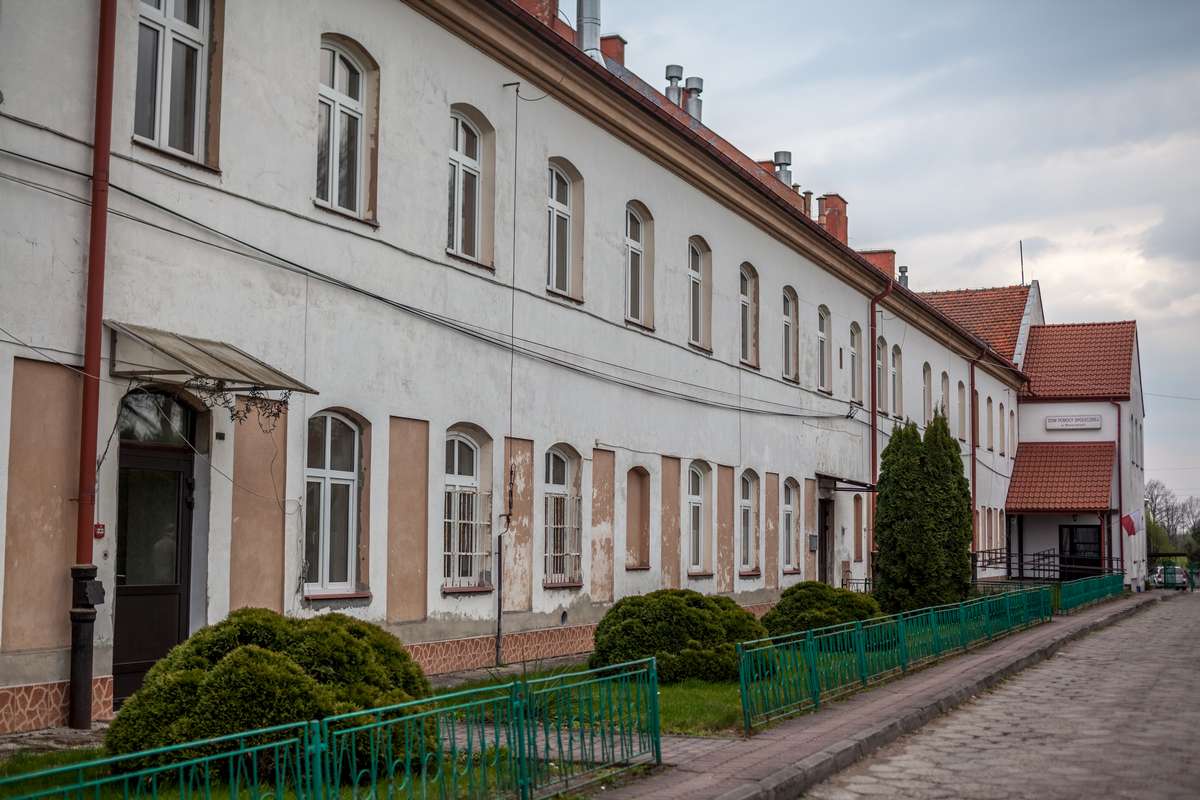