Observation tower at the Dukla Pass 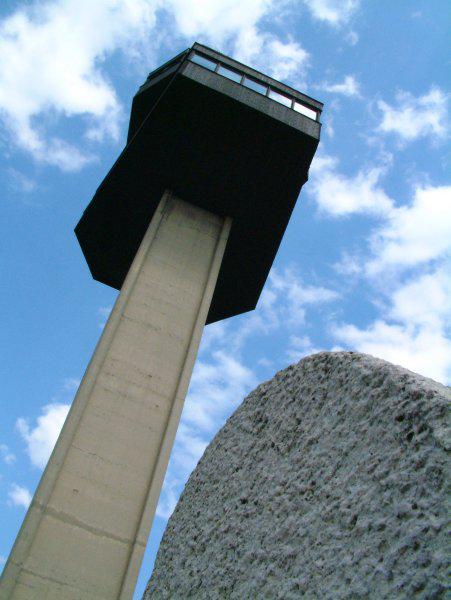 This 50-metre observation tower is situated at the Dukla Pass near the border crossing in Barwinek. The present-day tower is the last of the several constructions of this kind built here. The first observation tower was erected in 1944 by the Ludvik Svoboda 1st Czechoslovak Army Corps. In 1959, the construction was replaced by a new, 25-metre wooden tower, which remained in use until 1968. Three years later, when it was modernised, the tower was given the shape of a monolith with two viewing platforms. In 1947, it was opened for visitors. The tower offers unique panoramic views of the Low Beskids and a glimpse into the history of the place: a situational map of the Dukla Pass from the period between 30 September and 5 November 1944, and a plan of the Red Army invasion in the Carpathian Mountains.