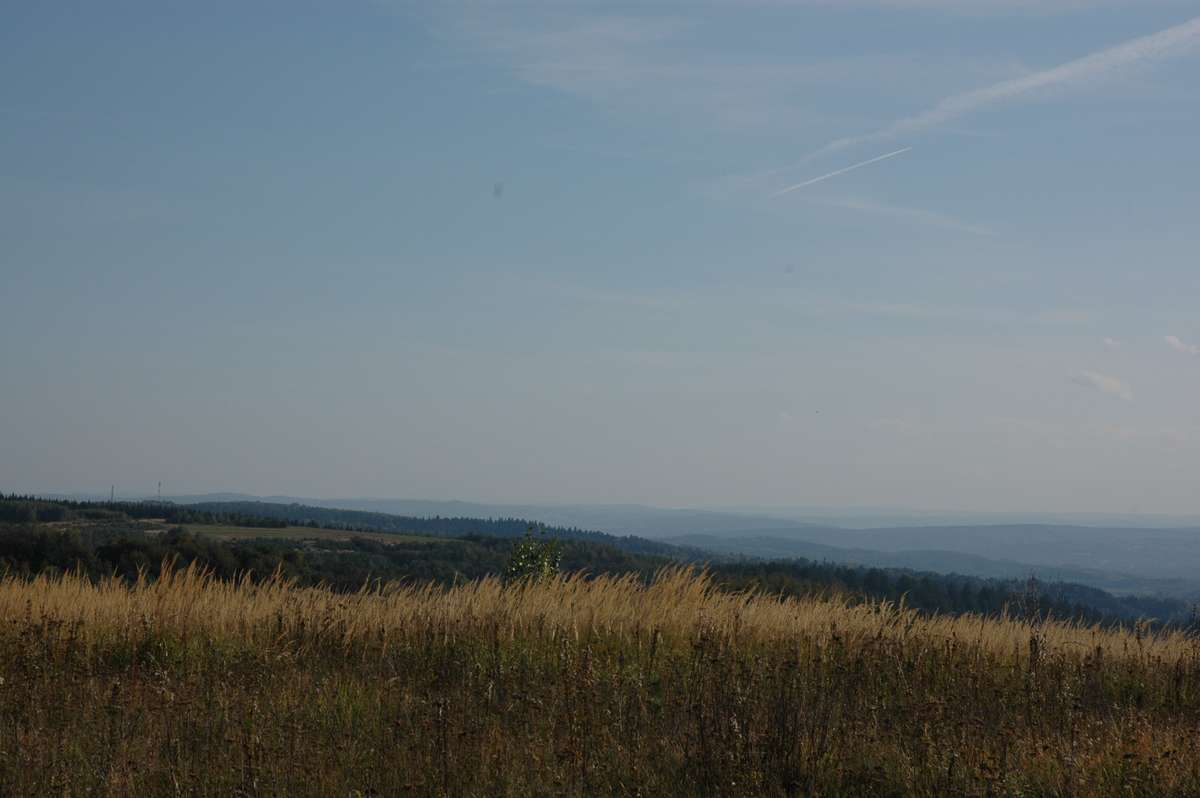 Mechowa Góra (447 m above sea level), situated in the range between Babice and Jawornik Polski, is the highest elevation of the Jarosław District. It borders with the Districts of Przeworsk and Przemyśl. This is also where the boundaries of three municipalities meet: of Pruchnik, Dubiecko and Kańczuga. Two marked PTTK [Polish Tourist and Sightseeing Society] hiking trails can be found here: the green trail from Przemyśl to Dynów, and the yellow trail from Pruchnik to Dubiecko.
Using the location of the mountain, the Germans probably began to construct a launching pad for V-2 rockets during the Second World War. Produced on a large scale from the beginning of 1942, the V-2 rockets were 14 m long, had the range of up to 320 km and could carry up to one tonne. A launching pad of these missiles was operating in the locality of Blizna near Dębica. They were used in 1944 to attack such cities as London, Antwerp and Brussels. It is suspected that the location of launching pads on Mechowa Góra was intended by the Nazis to stop the shifting eastern front. At that time, anti-tank fortifications were built together with abattis, which did not survive until the present day.

Built in 1943, the road leading to the top of the mountain has a surface which is around one metre thick. It was made of granite and basalt, i.e. rocks extremely resistant to damage. To this day, the locals call it “działowa droga”, meaning "cannons way". According to the few surviving witnesses, rock chippings were transported to Jodłówka, from where only selected locals took them further. The construction of roads and positions at Góra Mechowa also involved the work of prisoners from labour camps created in Świebodna and Jodłówka. The Germans lived in private homes, while the wooden building of the parish house was used as the Wehrmacht and SS HQ.

The real purpose of the construction on the top of Góra Mechowa remains a mystery to this day. However, testimonies of witnesses suggest that barrels or tubes with a diameter of 2 metres and a length of 6-10 meters were transported there in secrecy. The site was surrounded by anti-tank and anti-aircraft barriers. Unfortunately, the rapidly approaching front interrupted these works in July 1944. It also led to the liquidation of both labour camps. The fate of the 1600 people kept in them remains unknown.

After the war, the local population dismantled the remains of buildings, bunkers and dugouts along the “cannons road” and on Mechowa Góra.